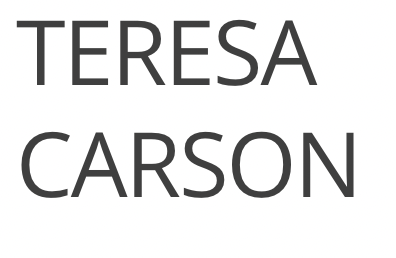 The Congress of Human Oddities

During the week of June 28 through July 4, 1863, The Congress of Human Oddities, owned by Mister Hackariah T. Villas, an itinerant Shakespearean actor turned second-rate showman, traveled through Ohio. Because the war had afforded him the once-in-a-lifetime opportunity to get his hands on some top-notch curiosities, such as the Two-Headed Nightingale, he believed that season’s route was his road to riches

The Congress of Human Oddities presents yet another engrossing aspect of the American Civil War era. Welcome to the world of the traveling itinerant exhibition in which deformed, or unusual human “oddities” were put on public display. We are presented with the irony of yet another type of enslaved destiny and experience:  those who live confined to the margins of the social community because of fear, ignorance, and prejudice, while they are simultaneously exploited by public fascination and repulsion. Herein is an intricate narrative of interconnected character monologues in verse.

As the Civil War is waged in the distance, the Oddities endure brutal avarice, keen lust, corrosive jealousies, and complexly layered yearnings all mixed with sly humor, wrenching heartache and dogged resilience despite cruel destinies and broken dreams. Each poem exists as an individual voice while contributing to the overall chronicle of murder, suicide, accidental death, adultery, evangelism, androgyny, and a most unusual pair of slaves who flee to freedom.

Fascinating personas speak through a poetic sensibility that grips one’s attention from first page to last. Teresa Carson’s verse enters the bloodstream and resonates with complex insights, a passionate empathy, and relentless investigation of motives of the human heart.

Set ironically against the backdrop of the Civil War in a town called Paradise, Congress of Human Oddities tells the story of a group of misfits who have created a home among other outcasts in their traveling sideshow, their differences a source of cohesion, rather than fracturing. But Carson is no idealist—this Paradise is full of blood and violence, sex and lust, money and power. As in her earlier books of poetry, she fearlessly investigates darker emotions and desires in the Congress of Human Oddities, making this historical tale completely relatable.

Like Edgar Lee Masters, Carson paints a picture of an entire social world in the Congress of Human Oddities through the monologues of vivid characters including an embittered former Shakespearean actor reduced to managing a freak show, a romantic boy with no arms, and a photographer’s wife yearning for a new life. In giving voice to the voiceless, she has written a deeply humane and democratic book in the tradition of that most American poet, Walt Whitman, who appears briefly in the book as a nurse in the Civil War. As The Talker might say, “step right up and take a peek inside.”

Teresa Carson has created a remarkable gloss on the adage that a sucker is born every minute. Her poems, inspired by, among other things, the Shakespearean wellhead that nineteenth century America adored, cover a dazzling range of foibles, faiths, and sheer cash-driven cynicism. She goes deeper, however, into the various mysteries of the heart that defy what a first look recoils from or mocks. A true imaginative feat, this book carries the reader into a world of grotesqueries that resist any easy dismissal. What is now routinely televised in myriad versions was once shown in tents on a summer’s evening. Part of Teresa Carson’s insight is to make the reader feel how little has changed, how our gawking is endless.

Sample poems for The Congress of Human Oddities

In nineteenth-century America the exhibition of human oddities for profit was an accepted and widespread practice. While the world of exhibitions was fraught with hardships and duplicity, it gave many “nondescripts” the chance not only to survive in a world in which they didn’t fit but also to earn a living in that world. Some of the more renowned performers earned very good money. Millie-Christine, the African-American conjoined twins known as the Two-Headed Nightingale, was born into slavery but, by her death in 1912, was prosperous enough to own the very land on which her family had been enslaved.

Of course, contradictions such as this symbiosis between exploitation and success had existed within America’s social, religious, economic, and political spheres since its inception. In the nation’s first hundred years, the contradictions managed to co-exist, however tensely, in an orderly union. But by 1861 the contradiction between “all men are created equal” and slavery exploded into the Civil War, which transformed union into chaos and contradiction into confusion.

This confusion reached a high point in 1863. The three bloodiest battles of the war, with casualties totaling 115, 835, were fought in May, July, and September, yet a version of life-as-usual continued, especially in states unscarred by battle. People figured out ways to make enough money to feed themselves and their families. Couples—oddities and non-oddities—married, dreamed, fought, made love, broke up, bore children, and lost children. The public, to satisfy its craving for amusements, flocked to fairs and traveling shows.

During the week of June 28 through July 4, one such show, the Congress of Human Oddities, owned by Mister Hackariah T. Villas, an itinerant Shakespearean actor turned second-rate showman, traveled through Ohio. Because the war had afforded him the once-in-a-lifetime opportunity to get his hands on some top-notch curiosities, such as the Two-Headed Nightingale, he believed that season’s route was his road to riches.

Across the state of Ohio,
across the counties of Ashtabula, Pickaway, Drake, Cuyahoga, and Stark,
across the towns of Pigeon Run, Winesburg, Rome, and Paradise,
women wash clothes on Mondays.
The women of Ohio believe the Creator of all things is a Being of system and order
and therefore believe each hour must
be systematically employed;
they must cultivate regulated habits in regard to household chores.
The women believe these habits will bring forth fruits of good or ill,
not only through earthly generations but through everlasting ages.
Thus, on Mondays, the women of Ohio wash clothes—
a task that leaves no time to cook benevolent provisions so on Sundays they bake hams, which can be eaten cold next day.
Their men have gotten used to this.
Washday begins at dawn when women tote buckets from rivers and wells.
Then hours and hours of scrub/rinse/wring/dip/hang.
As evening falls, their lye-cracked hands sprinkle and roll the clothes
for ironing on Tuesday.
Their mothers trained them how to wash and how to hang a proper line—
whites in sun, colors turned wrong side out, sheets hiding petticoats—
and they, who do not eat the bread of idleness,
will train their daughters in these same domestic rules
because the women of Ohio know
evil results from disorder.

Ladies and Gents, what you’ll see inside this tent, for one-twentieth of a buck,
may shock, disgust, amaze, enrage, or scare you sick but each
and ev’ry monster here, I cross my heart and hope to die if you prove otherwise,
is terra incognita.
Take Gator Girl, whose mama witnessed, with her own two eyes, a reptile eat the family
hound.
Nine months after that tragic day, her newborn came out shedding scales. You’ll see,
inside this tent, for the nickel in your fist, how hard skin covers her inch by inch.
For the same five pence, eighth wonder of the world Two-Headed Nightingale, who
warbles sweet duets
(one head sings alto, one soprano), will take away your breath. I vow to scoffers: each
and ev’ry monster here, the scientific men agree,
is terra incognita.
I’m sure you’ve never met the likes of Jolly Sal—six hun-dred twen-ty-nine pounds!
You gasped, Ma’am, but you heard me right—takes four strong men to lift
her to the stage. And you’ll see her dance a jig, inside this tent, for little notes worth five.
Ladies, the She-side of our Half & Half will shame your taste in gowns, but Gents, although her charms
may tempt, don’t pinch: the He-side studied swordsmanship in France. Remember each
and ev’ry monster here, born just like you and me,
is terra incognita.
Now I know you’re God-fearing folk and want no commerce with old Nick.
Well, truth be told, outside of church, there’s no better place than Mister V.’s  to praise the good Lord’s handiwork
’cause, Ladies and Gents, you’ll see inside this tent, for five measly cents,
that each and ev’ry monster here, I testify again,
is terra incognita.

The letter, signed by one Walt Whitman, read:

After the rebel bullet tore
his leg and the surgeon took it off,
your Jamey lasted seven days.
I sat with him until the end,
kissed him as if he were my boy.
Aged seventeen, he bore death like a man.
No tears, no talk of might-have-beens.
He asked if I might read to him,
from Matthew, chapter 28.

His bloodstained Bible gathers dust.
Cabinet card—his smile on
a stranger’s face—locked in a box.

He is not here: for he is risen as he said.